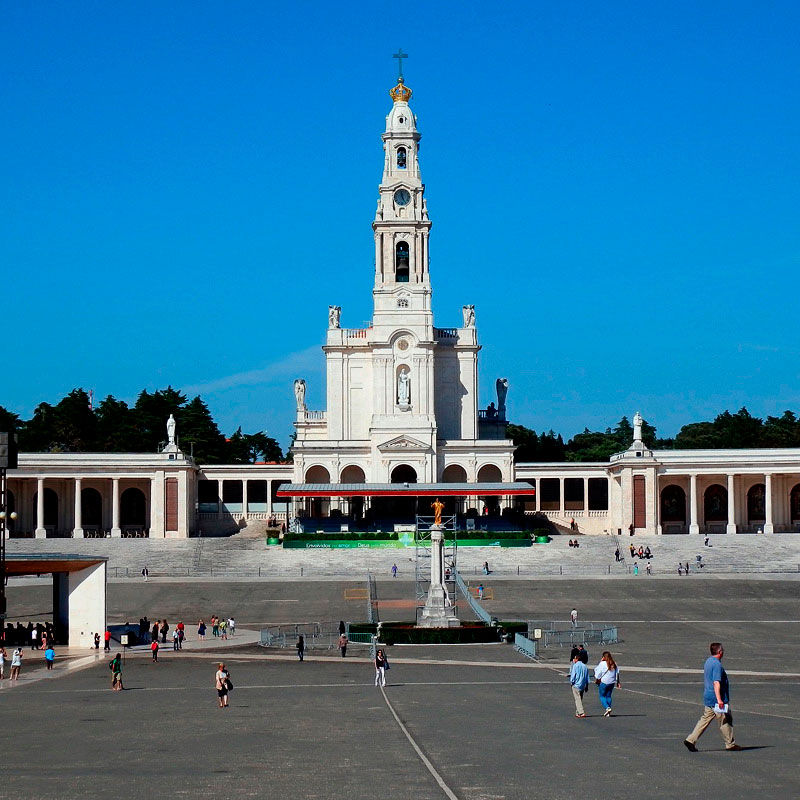 Visiting Fatima is much more than a religious tour, it’s where faith and peace stand out in a gigantic enclosure illuminated by the Sanctuary of Nossa Senhora de Fátima.
Having over 5 million visitors per year, Fátima is one of the biggest hosts of world pilgrimage.
Coimbra is the home of one of the oldest Universities in Europe. It’s considered the city of students and was stage to one of the most beautiful romances lived in the XIV century - the story of D.Pedro I and Dona Inês de Castro.
Coimbra is knowledge, poetry, tradition, romantic splendor and even the legendary fado of yearnings recalling the past.

Departure from the hotel at 09h00 towards Fátima. Free time to attend mass. The modern church of Santíssima Trindade - built in 2007, with 125 meters of diameter and almost 9000 seats - is a reference of Fatima's Sanctuary.
Free time for lunch and shopping.
After lunch, tour moves to Coimbra. Coimbra with its narrow streets, courtyards, stairs and medieval arches, bathed by the Mondego river, was the birthplace of 6 Portuguese kings and the First Dynasty, as well as the home of the first University in the country.
Visit the Joanina library. This library holds around 300 thousand volumes, dated from the XII to the XIX century, highlighting law, philosophy and theology themes.
Free time to “lose” yourself in the city also known as “city of knowledge”, discovering its historical centre as well as its magnificent New Cathedral.
Return to the hotel.